We have talked about the source of ultraviolet radiation, the sun. The sun radiates energy in a wide range of wavelengths. The shorter the wavelength, the more energetic and harmful.

Understanding the culprit, UV radiation, is the first step in preventing skin damage. High doses of UV radiation will surely damage the skin. However, we can always safeguard ourselves with beach tents while on the beach.

Location on the planet – UV rays are concentrated close to the equator where the ozone layer is thinner. However, most of the beautiful beaches are located near the equator so bring a good beach tent.

Altitude – The higher the elevation, the thinner the atmosphere and less protection.

Season – During summer the sun is at a more direct angle; thus, the greater amount of UV radiation.

Also, known as blacklight, and is not absorbed by the ozone layer. This UV radiation is responsible for tanning and is used in most tanning beds.

UVA accounts for approximately 95% of the UV radiation that reaches the Earth’s surface. UVA penetrates deeper layers of the skin and is responsible for the immediate tanning effect. UVA is the major contributor to skin aging and wrinkling, which is a sign of prolonged UV exposure. A way to counter the effects of UVA is by using creams.

With a medium-wavelength, UVB is biologically active but cannot penetrate beyond the superficial skin layers, the epidermis. Ultraviolet B responsible for delayed tanning and sunburns. Sunburn is a sign of short-term overexposure. Too much exposure to UVB can directly DNA damage, sunburn, and cause skin cancer.

However, UVB helps the skin produce a type of vitamin D3 which plays an important role – along with calcium – in bone and muscle health. In general, the skin does not need much UVB energy to generate vitamin D3, and 15 minutes of intense sunshine every day is enough.

A rating designation for sun protective textiles and clothing is UPF (ultraviolet protection factor) represents the ratio of sunburn-causing UV measured without and with the protection of the fabric.

UPF 20 is typical for standard summer fabrics. However, Thermalabs’ Beach tent Saturn has UPF 30 finish. You are getting more protection and the most out of your money. 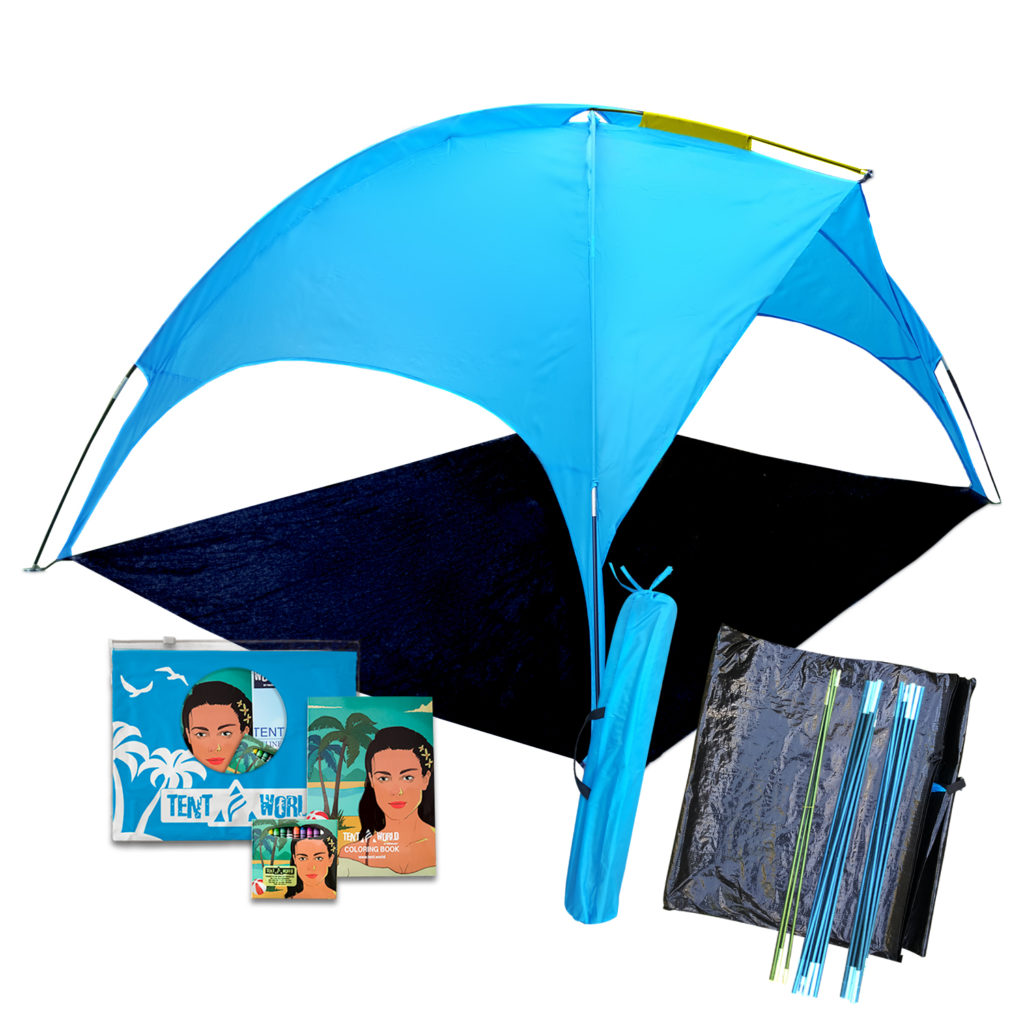